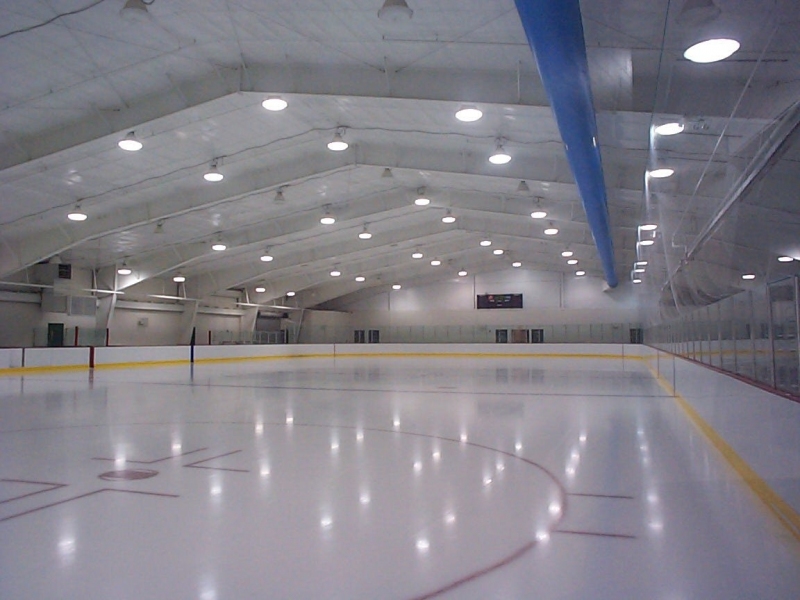 Recipient of an "Excellence in Construction Award" by the Associated Builders and Contractors of NH / VT, this design provided a new "Connector" building of 7,200 SF, a "pre-engineered" building of 30,000 SF, and the renovation of the existing 25,000 SF rink.  The flat roof connector between the existing rink and the new building allowed for construction of the new building, while the existing ice sheet remained in use.  Renovations to the 25,000 SF existing rink were accomplished during the spring of the following year.

The new ice sheet has been oriented to minimize the overall size of the new building.  The newly designed entrance provides controlled access to each rink area, common areas, and administration offices.

The existing metal roof and siding were removed and replaced, a new CMU exterior wall was installed, new lighting fixtures and mechanical system upgrades were provided, and new, pre-cast concrete bleachers were installed.

The project was delivered as a Design / Build project.  It accomplished its goal of providing residents of the City of Dover with a functional, attractive, and economical facility that the community can be proud of for many years to come.